Here is my final version of my schedule. Since I started making this in April, Radio 1 announced an awful lot of schedule changes which seemed to match up with my version, so the only real changes to

I said before, I do like your idea.about bringing Rock & Indie Shows into more mainstream or a slot with stronger listenership. It would be good if 6Music & Radio 2 relaunched and rebranded it 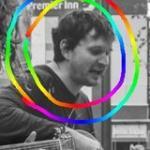 Impressive! - How do we nominate you for next Controller?