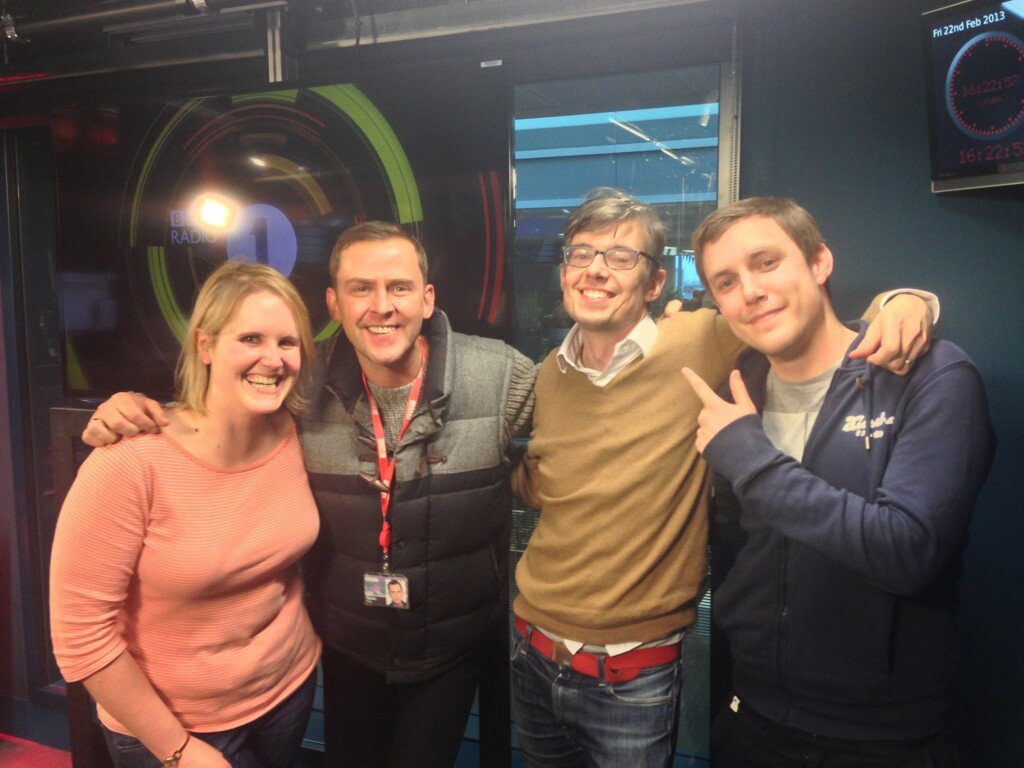 The One That Doesn’t Speak departs from the Mills show

The name Emlyn Dodd may not mean a lot to many listeners of the Scott Mills show, but his alter-ego as ‘The One That Doesn’t Speak’ certainly does, and through his role he has helped to bring joy to millions of listeners for nearly two decades at BBC Radio 1.

Having previously worked with Zoe Ball and Sara Cox, he worked with Scott from his early breakfast days through to weekends and eventually producing the afternoon shows. But now the creator behind such ideas as ‘Flirt Divert’, ‘The Takeaway Game’, and ‘Oh What’s Occurring’ is leaving the station to create a new independent production company called ‘Banana Stand Productions’.

Beccy joined Chris and Scott on Friday afternoon to say goodbye to the long-standing producer, with the showing ending on a high note (literally) with a special cover of Adele’s Someone Like You by Wing.

Jono is a social media manager working in the news industry. He created Unofficial Mills back in 2004 when he was just 15! Two decades later he still contributes to the website.
Newer Post
Jameela Jamil to dress as a chicken for a whole month
Older Post
Radio 1’s Big Weekend returns to Derry