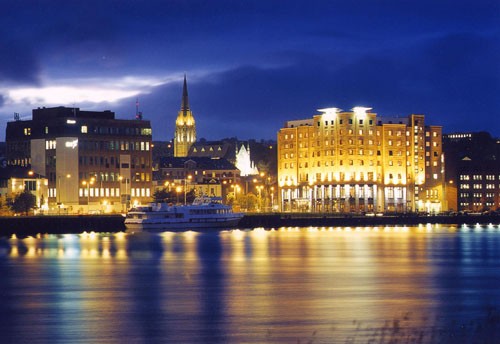 Radio 1 seems to have well and truly ditched the old rules for Radio 1’s Big Weekend as it aims for something even bigger this year – returning to Derry in Londonderry for three days from May 24th 2013.

Derry was the venue for the 2004 ‘One Big Weekend’ (as it was known in those days), but with the city being a ‘City of Culture’ this year the station is making a return to host a three day event.

It means that the former rules for Radio 1’s Big Weekend – such as going to new areas where there are no other major events – are forgotten, and in place of it are a new set of expectations for these events.

Olly Murs and Two Door Cinema Club are already confirmed for the event, and the ‘secret’ was revealed to the public (despite appearing in newspapers months before) on this morning’s breakfast show.

Full details of the ticket lottery and the line-up are expected at a later date.

Jono is a social media manager working in the news industry. He created Unofficial Mills back in 2004 when he was just 15! Two decades later he still contributes to the website.
Newer Post
The One That Doesn’t Speak departs from the Mills show
Older Post
Is the new sound of Radio 1 responsible for audience dip?