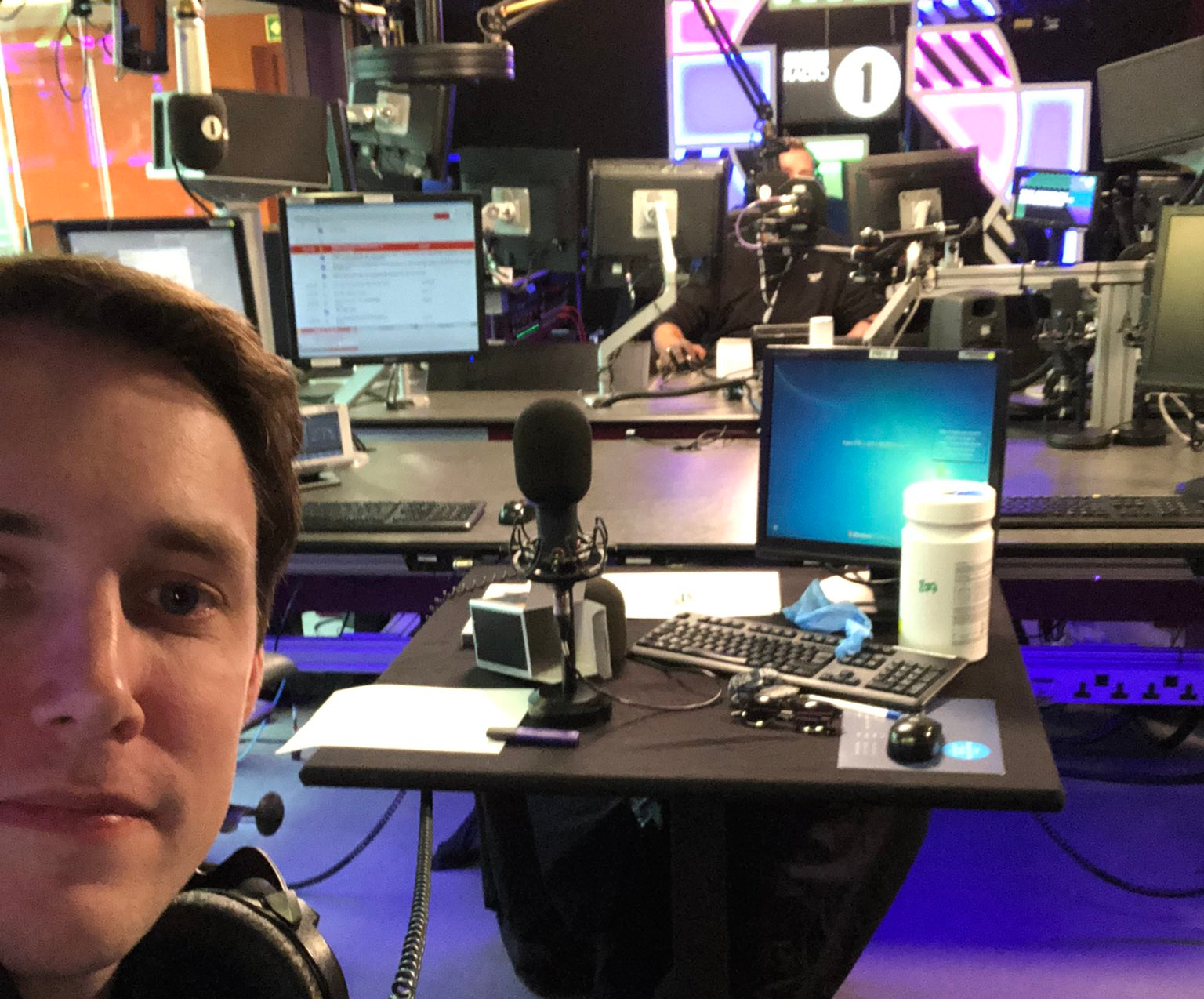 The ‘new normal’ has kicked in at Radio 1 with a new schedule for the autumn, and a return for co-presenters too.

Greg James’ breakfast show now starts at the later time of 7am, finishing at 10.30am, meaning the rest of the weekday daytime shows are thirty minute shorter.

Radio 1’s Future Sounds will move forward to 6pm to 8pm, with Ricki, Melvin and Charlie presenting four nights a week from 8pm to 10pm.

A new show – Radio 1’s Future Artists with Jack Saunders – will air Monday to Wednesday between 10pm and midnight, with Saunders continuing to host the Indie Show on Thursday at the same time.

As well as the schedule changes, co-presenters are also starting to return to the studios for the first time since the coronavirus lockdown kicked in.

Chris Stark, Scott Mills’ co-host, was one of the first to return to Radio 1 with Stark receiving his own special table in the studio.

He tweeted: “For the first time in months i can get back to the radio 1 studios. Excited to get working on more stupid ridiculous fun stuff for you all. And to be reunited with shite coffee and Tony Wood.”

It means there is likely to be a reunion in the coming days for Matt and Mollie as well as Cel Spellman and Katie Thistleton.

The exception is Nick Grimshaw, who has been self-isolating at home, after his boyfriend was forced to remain in quarantine for two weeks. He will present remotely alongside Adele Roberts.

Jono is a social media manager working in the news industry. He created Unofficial Mills back in 2004 when he was just 15! Nearly fifteen years later he still contributes to the website.
Newer Post
Clara Amfo joins Strictly Come Dancing
Older Post
Nick Grimshaw forced to self-isolate for two weeks