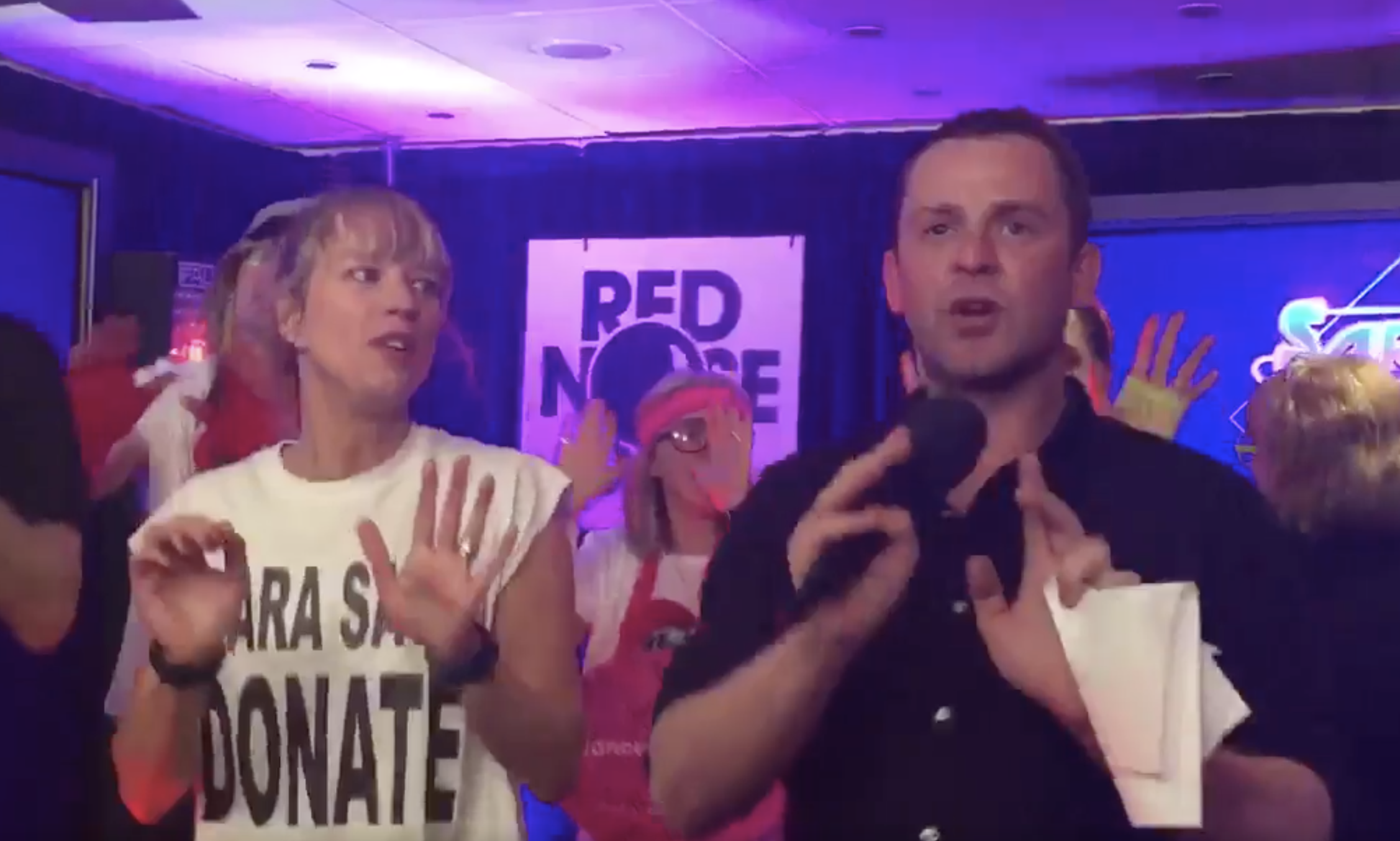 Scott Mills is swapping Radio 1 for Radio 2 for one day only this week as part of Sara Cox’s Sounds of the 80s Danceathon for Comic Relief.

The DJ, who has been in Amsterdam for a radio festival talking about Radio 1’s 50th birthday, will be live on Radio 2 from 10pm until 2am tonight. It is the first time Scott has presented on Radio 2, and the first time he has aired on another station since joining Radio 1 in 1998.

The Radio 2 Danceathon is airing on the Radio 2 website as well as on the BBC red button on television.

Jono is a social media manager working in the news industry. He created Unofficial Mills back in 2004 when he was just 15! Nearly fifteen years later he still contributes to the website.
Newer Post
LOLathon jokes subjected to OFCOM investigation
Older Post
Scott and Chris’ LOLathon raises over £250,000