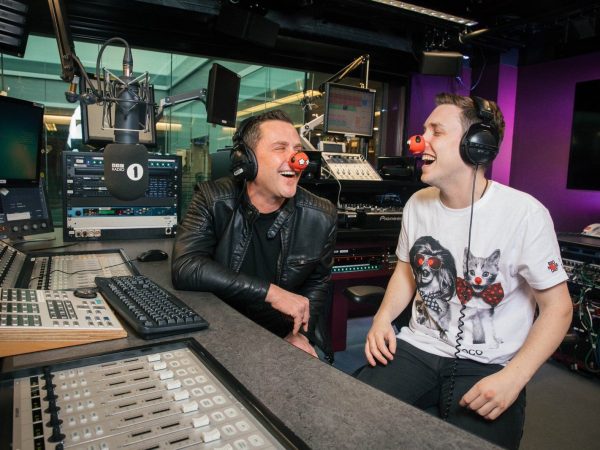 The stint, which featured other DJs including Greg James, Nick Grimshaw, Charlie Sloth, and Mistajam, broadcasted from 4pm to 4pm with Scott and Chris staying up throughout the night to entertain listeners through the medium of jokes. Guests on the programme included Ricky Gervais, Harry Hill, and Russell Brand.

As you can imagine, it wasn’t easy going. Scott explained: “I had a moment at about 4am where I was like, “I need to get out of here”, because you’re in that studio for so long. I rode up and down in the BBC lifts from the ground floor to the eighth, just staring into space.”

“You can’t prepare for the psychological part of it at all — it ended up being 27 hours on air.”

On Red Nose Day the pair will appear on Comic Relief’s telethon with a live television version of Innuendo Bingo.

Listen back to all 24 hours of the LOLathon on the Unofficial Mills website here.

Jono is a social media manager working in the news industry. He created Unofficial Mills back in 2004 when he was just 15! Nearly fifteen years later he still contributes to the website.
Newer Post
Scott Mills to host Radio 2 show with Sara Cox
Older Post
Radio 1’s Big Weekend heads to Hull