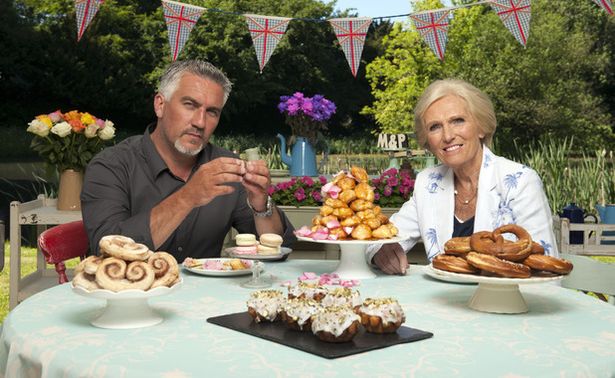 Ideas to replace the Great British Bake Off

How will television boss Amanda react to Chris' proposal for Britain's Best Bush?

You won’t have been able to escape the news this week that the Great British Bake Off will leave the BBC for Channel 4 from 2017.

The show which became an unlikely ratings hit from starting on BBC Two six years ago grew from a rather basic idea for a television show.

Now television executives at the BBC have been left scratching their heads as they try to work out what will replace GBBO on a Wednesday evening, and what will fill the slot vacated by The Voice on a Saturday night.

Fortunately The Scott Mills Show’s Chris Stark is full of creative ideas, and has already come up with a full list of titles for the BBC’s television executives in W1A land.

How will television boss Amanda react the proposal of Britain’s Best Bush, or Fit On The Phone, Add Ten Stone?

Jono is a social media manager working in the news industry. He created Unofficial Mills back in 2004 when he was just 15! Nearly fifteen years later he still contributes to the website.
Newer Post
Scott launches Christmas on Radio 1
Older Post
It’s uncanny – the Alan Shearer statue joked about on-air