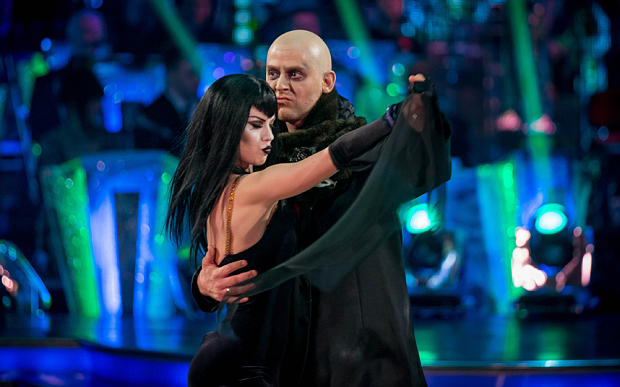 Scott Mills has been voted off Strictly Come Dancing after he failed to gain enough votes to avoid the dance-off.

Mills was the fifth celebrity to be voted off the competition after he failed to gain enough of the public votes, and failed to win over judges when he took on TV presenter Alison Hammond

Scott last week said he wanted to gain the support of viewers so that he could make the Halloween episode of the programme tonight. He performed the Foxtrot to “The Addams Family Theme”.

He impressed judges for bringing a ‘fun factor’ to the programme, but it was not enough to remain in the competition. Craig, Bruno, and Darcey all voted in favour of keeping Alison, while Len said he would have kept Scott.

Afterwards Scott said: “It’s something that I never thought I would do and I’m so glad that I said yes to it, it doesn’t really end for me here because I’ll still see [Joanne]. We’ve become friends so it’s really sweet.”

Joanne said: “He’s come from absolutely nowhere and I think loads of people at home can relate to him – he’s got two left feet – but coming out in front of everybody and just performing in front of millions of people each week, I’m so proud of him.”

Jono is a social media manager working in the news industry. He created Unofficial Mills back in 2004 when he was just 15! Two decades later he still contributes to the website.
Newer Post
Radio 1’s Big Weekend to land in Norwich
Older Post
Scott: Strictly is helping my confidence…