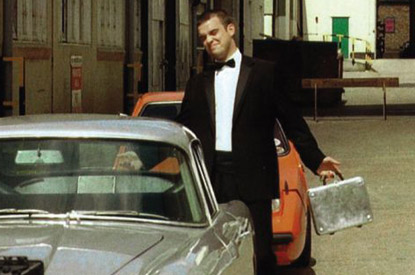 “Scott Bills strikes again” joked Mills on Wednesday as he talked about an event that happened in America a little while ago where he borrowed one of Robbie Williams’ cars.

Scott had been in America when he met up with Robbie and offered one of his cars for a couple of days instead of using a hire car firm.

The DJ took up the offer – despite a history of accidentally racking up some unpaid traffic fines in the past – and used the car while in the states.

Unfortunately the story doesn’t end there and yesterday evening Mills received an e-mail from the popstar telling informing him of “three traffic citations” incurred through “running a couple of stop signs”.

During the show he commented: “Three? I was only there a couple of days! Scott Bills strikes again!”

Mills said he has offered to pay for the tickets but joked on-air that Robbie is “a lot richer” and was hoping that it might be forgotten about.

Jono is a social media manager working in the news industry. He created Unofficial Mills back in 2004 when he was just 15! Nearly fifteen years later he still contributes to the website.
Newer Post
RAJARs: Good news for Chris Moyles and 1Xtra
Older Post
Scott Mills’ Uganda documentary to air Valentine’s Day