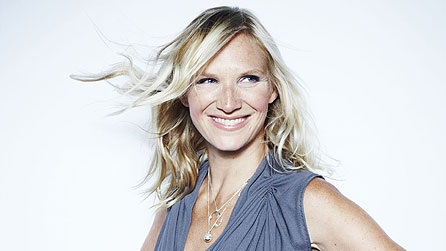 Jo Whiley has quit BBC Radio 1 after 17 years at the station to take up a new role on BBC Radio 2.

The former morning show presenter, who currently presents the weekend show between 1pm and 4pm, will start a new Radio 2 show between 8pm and 9.30pm on Mondays, Tuesdays and Wednesdays from 4th April 2011.

She will also continue to present Radio 2’s “In Concert” show on Thursday evenings.

Speaking about her departure at Radio 1, Jo said: “I’ve loved working at Radio 1 for the past 17 years. It’s given me opportunities I could only have dreamt of – Coldplay’s first Live Lounge, Arctic Monkeys covering Girls Aloud’s Love Machine, Jay Z performing live in my own lounge – I’ve even measured the distance between Bono’s nipples live on air… don’t ask.

“As well as supporting my love of music, Radio 1 have also supported and accommodated me bringing three further children into the world, something, as a woman, I will always be grateful for.

She added: “I love Radio 1 and all my friends there, I’m excited to be joining Radio 2 and I’m proud to work for the BBC.”

It is believed that Huw Stephens will now present the weekend show on BBC Radio 1 when Jo departs in April. As part of the move Radio 2 presenters Radcliffe and Maconie now move to BBC Radio 6Music.

Jono is a social media manager working in the news industry. He created Unofficial Mills back in 2004 when he was just 15! Two decades later he still contributes to the website.
Newer Post
Matt Edmondson gains a new show!
Older Post
BBC Asian Network decision expected soon