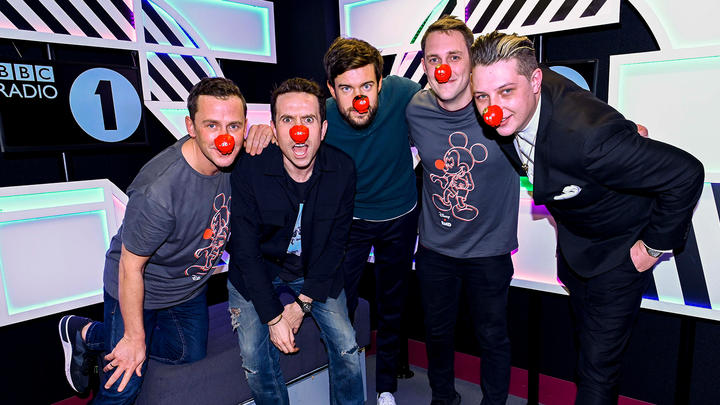 Scott and Chris lasted 28 hours on the airwaves raising more than £300,000 for Comic Relief.

Scott and Chris agreed to stay on Radio 1 beyond 1pm until they hit the £250,000 mark, but after they finished the programme at 4pm it was announced by Nick Grimshaw in the pub that they had significantly passed that total.

This year’s highlights included Chris dressing as a drag queen, telling a knock knock joke to someone on the door at 10 Downing Street, David Beckham reading out a joke, and a very rude Innuendo Bingo.

They were joined by a wide-range of guests and members of the Radio 1 family and the jokes got particularly dark after hours.

After the event both Scott and tweeted their thanks to listeners.

Scott said: “Over 27 hours on air we raised £324,931 for @comicrelief and I cannot THANKYOU enough for all your messages and donations. Was absolutely not expecting that and I still can’t process. The @BBCR1 listeners are the BEST in the world. I hope you enjoyed the LOLATHON. It was the best.”

Chris tweeted: “THANKYOU EVERYONE. We couldn’t be happier or prouder of how everyone has supported us for this.”

Jono is a social media manager working in the news industry. He created Unofficial Mills back in 2004 when he was just 15! Nearly fifteen years later he still contributes to the website.
Newer Post
Line-up revealed for Big Weekend 2019
Older Post
Radio 1’s Lolathon: Live Coverage