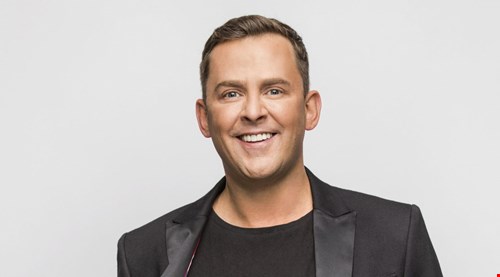 Fridays is now truly the start of the week at Radio 1 as the station unveiled major changes to the daytime schedule.

From June the usual weekday DJs – Grimmy, Clara, Scott and Chris, and Greg James – will be shafted for the weekend crew.

Dev and Alice will be the new Friday morning breakfast presenters, Maya Jama will present the mid-morning show, and Mollie and Matt Edmondson will present from 1pm.

It’s not all bad news for Scott Mills fans though as he will now takeover the Radio 1 Chart Show between 4pm and 7pm on a Friday evening.

The move is the latest attempt from Radio 1 boss Ben Cooper to the address listener figures as younger audiences turn to streaming instead of radio. It is also likely to be a move to help cut the BBC wage bill, and address gender balance on the station.

Commenting on the news Scott Mills said: “I was sat with my Mum when I got this news, and she actually cried because I’ve been pretending to do the chart show on Radio 1 since I was 8 years old. I’ve filled in on the show so much over the years, and I can’t believe it’s actually mine. I’m beyond excited!”

Ben Cooper (Controller, BBC Radio 1, 1Xtra and Asian Network) added: “The weekend will start here at Radio 1 on a Friday morning giving our young audience that feel good factor a day early. It’s our job at Radio 1 to reinvent the way young people listen to the radio, to disrupt traditional thinking and to look for new ways in which to grow audiences.”

What do you think of the move? Let us know on the Unofficial Mills forums.

Jono is a social media manager working in the news industry. He created Unofficial Mills back in 2004 when he was just 15! Nearly fifteen years later he still contributes to the website.
Newer Post
Greg James’ new show – the boost Radio 1 needs?
Older Post
Where will Radio 1’s Big Weekend 2018 be held?