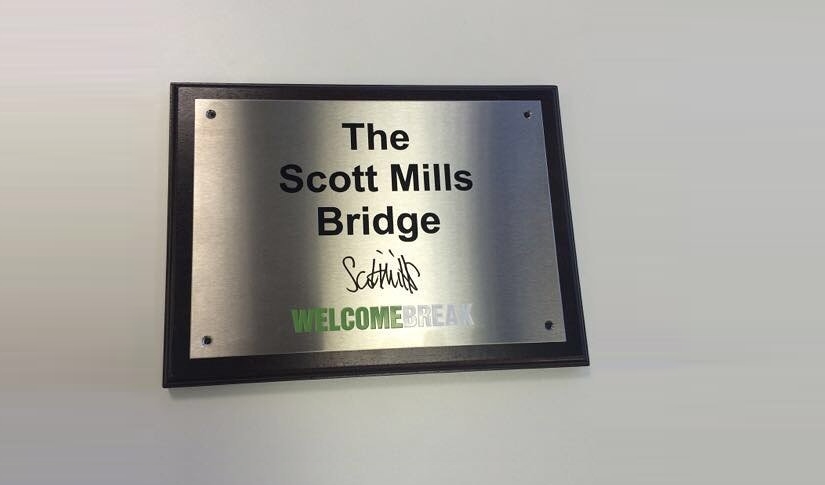 The Scott Mills Bridge, based at Fleet services over the M3, has been closed following a fire.

The Scott Mills Bridge, based at Fleet services over the M3, has been closed following a fire.

The disaster struck on Wednesday 14 December when a fire ripped through the southbound services destroying a large part of the building. Firefighters were sent to the scene to tackle the fire, with over 50 tackling the blaze overnight.

The footbridge, which was named after Scott Mills earlier this year, however remained structurally safe but will be closed for some time due to smoke logging. The building is not expected to re-open until mid-January.

The bridge was opened in March after Chris Stark’s appeal for buildings to be named after the Radio 1 DJ.

Dont worry @scott_mills the bridge is fine even if the stairs are a little smokey @fleet04 @Rushmoor02 along with others still remain at inc pic.twitter.com/GKTa4H5boI

Re-inspection completed at #FleetServices with no action req, except a little house keeping on the @scott_mills bridge plaque @BBCR1 pic.twitter.com/IDSURamoem

Jono is a social media manager working in the news industry. He created Unofficial Mills back in 2004 when he was just 15! Nearly fifteen years later he still contributes to the website.
Newer Post
Scott and Chris to appear on Robot Wars
Older Post
Busted play ‘Funny Business’ phone game