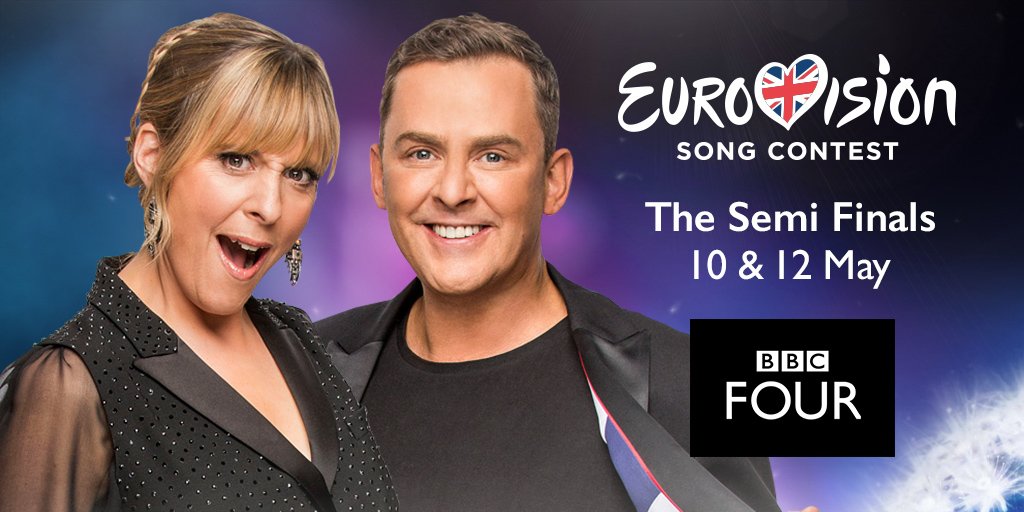 The Eurovision semi-finals have a new home but with some familiar faces.

The Eurovision semi-finals have a new home on BBC Four this week but with some familiar faces in the form of Scott Mills and Mel Giedroyc.

The semi-finals will see eighteen acts take to the stage, but only ten will make it through to the grand final on Saturday.

Scott and Mel will be presenting the shows from Sweden on Tuesday and Thursday evening from 8pm ahead of Saturday’s grand-final – presented as usual by Graham Norton.

Previously the semi-finals appeared on BBC Three until its television closure earlier this year.

Just under 6 hours to go!! Me and Mel in our Eurovision box. Excited! 🎉🎉🇬🇧🇬🇧 @bbceurovision 8pm BBC 4. Join us! 🙂 pic.twitter.com/qLQDpBQ69j

Jono is a social media manager working in the news industry. He created Unofficial Mills back in 2004 when he was just 15! Nearly fifteen years later he still contributes to the website.
Newer Post
Evan Davis sends things a bit W1A
Older Post
Mills and Stark on Breakfast for 2 weeks!