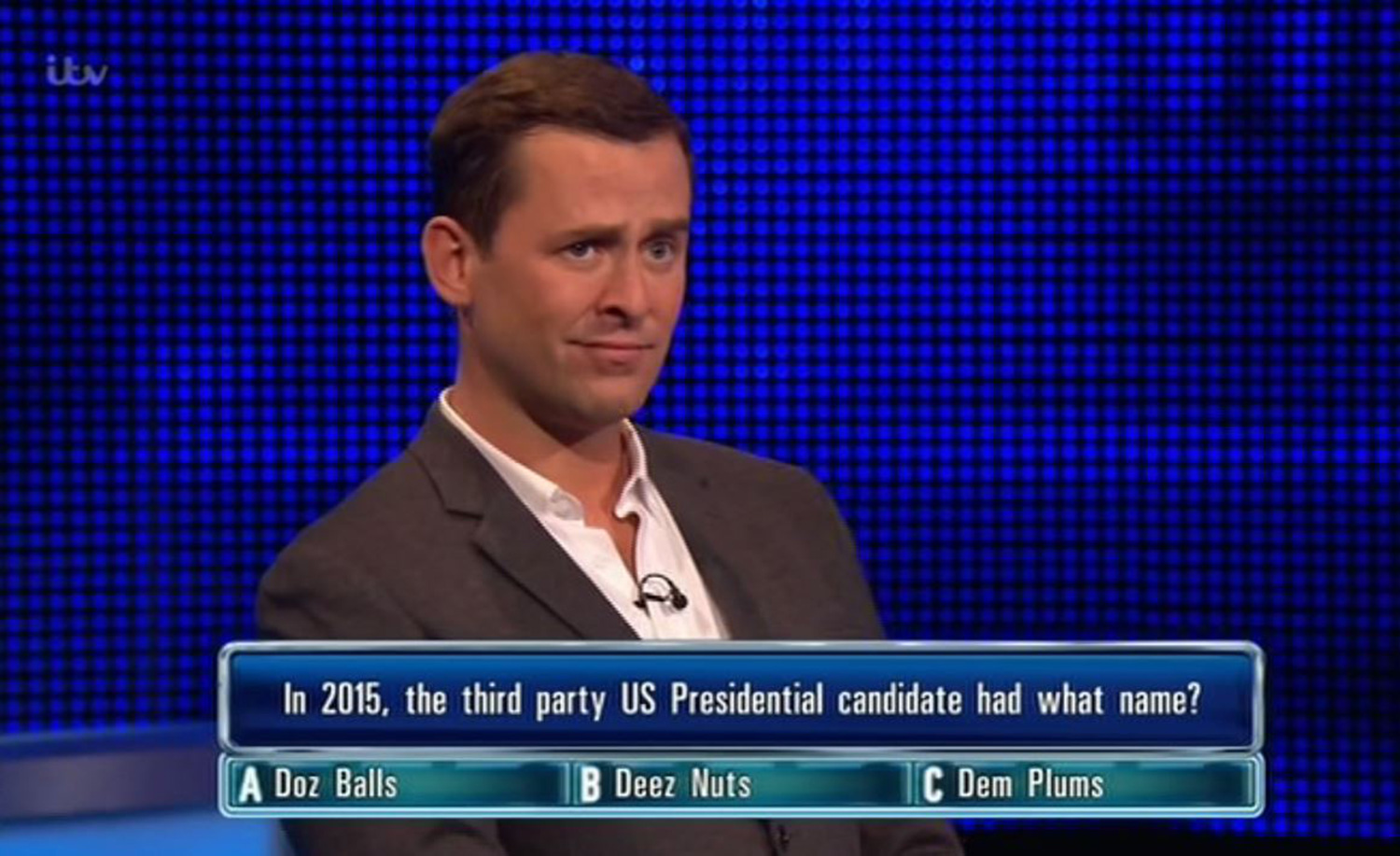 He’s known for being the king of innuendo with his radio show feature ‘Innuendo Bingo’, but it seems Scott’s love for puns and double entendre followed him on to The Chase at the weekend.

The clip of one of his answers to a question about a US presidential election candidate was immediately picked up by viewers and began to do the rounds on social media and subsequently news websites. Yesterday it was trending across the UK on Facebook.

During the video presenter Bradley Walsh, known for getting the fit of giggles around rude names, posed the question “in 2015, the third party US Presidential candidate had what name?” with the possible options “Doz Balls, Deez Nuts, or Dem Plums”.

Unable to keep a straight face Walsh couldn’t believe it when Mills chose “Deez Nuts” as his answer – and was even more surprised when it turned out to be correct.

“It’s going to be Doz Balls, it can’t be Dem Plums,” assumed Bradley, before falling to the floor as if to faint when the answer appeared. Even ‘Frosty Knickers’ herself Anne Hegerty was in disbelief as she failed to answer the question correctly.

So despite Mills’ team failing to win the £70,000 for charity there was one upside to his appearance – a clip that is likely to live on and on.

Jono is a social media manager working in the news industry. He created Unofficial Mills back in 2004 when he was just 15! Two decades later he still contributes to the website.
Newer Post
Mills and Stark on Breakfast for 2 weeks!
Older Post
Internet Takeover scrapped from Radio 1