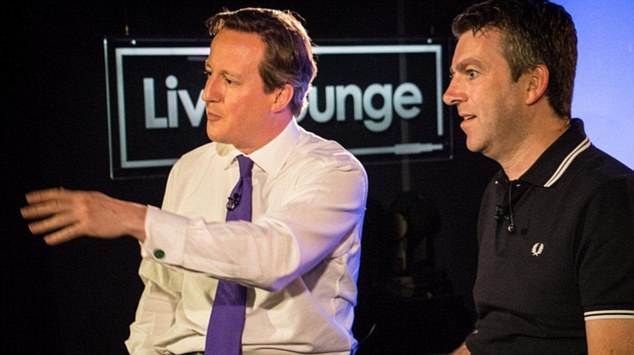 The Tories’ green paper says there was overlap between Radio 1 and Radio 2.

“Given the vast choice that audiences now have, there is an argument that the BBC might become more focused on a narrower, core set of services,” it said. “A smaller BBC could see the public pay less for their TV licence.”

But Helen Boaden, the BBC’s director of radio, said that the stations offered “invaluable support to the UK music industry”.

Radio 1 Controller Ben Cooper also added his thoughts. He said: “I am concerned that we are being used as poster boys for the green paper but I believe we have the strongest arguments to clearly lay out to both listeners and opinion-formers that we are an integral part of the cultural landscape of this country.”

“I’m really surprised they chose Radio 1 and Radio 2 to focus on. I have spent three and a half years refocusing the station to represent youth culture in the UK.”

In a blog on the BBC website the bosses said that two-thirds of the music Radio 1 airs during the day was new msic with more than 60% coming from UK artists. Acts like Jake Bugg, Royal Blood, and Florence and the Machine had all got their big break from being played n the station.

Boaden blogged: “The BBC’s mission is to entertain as well as inform and we should challenge the idea that being popular and being distinctive are mutually exclusive. It’s always been the case that the BBC makes the good popular and the popular good, and that couldn’t be clearer than on Radios 1 and 2.”

Some campaigners are concerned about the assault on young people as a result of BBC cuts. Last month the BBC Trust provisionally approved plans to cut BBC Three from our TV screens, while BBC bosses have already suggested CBBC could be the next service to move online-only.

Jono is a social media manager working in the news industry. He created Unofficial Mills back in 2004 when he was just 15! Nearly fifteen years later he still contributes to the website.
Newer Post
Scott one of the favourites to win I’m A Celebrity
Older Post
Unofficial Mills at Radio 1’s Big Weekend 2015