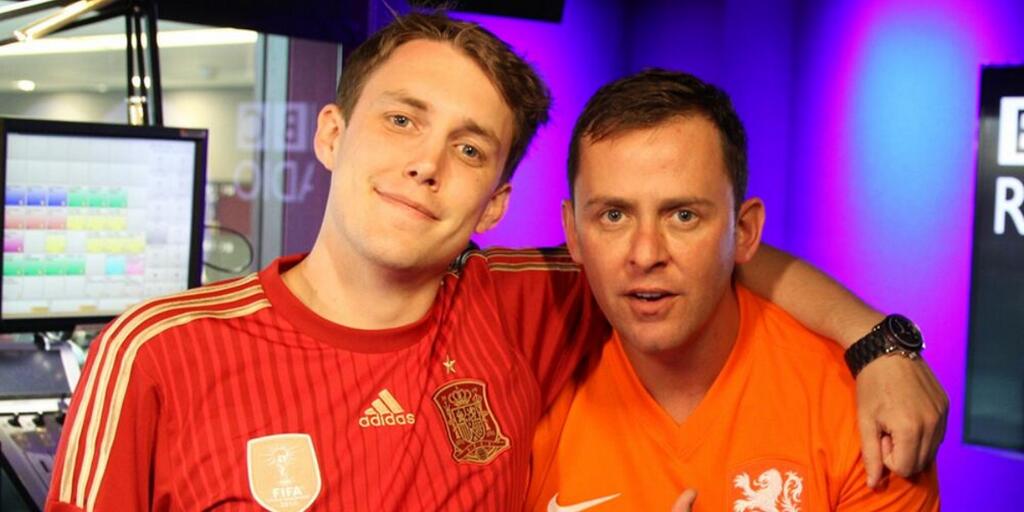 It wasn’t Chris or Scott that was the stars of Friday night’s alternative commentary of the World Cup. It was in fact the Radio 1 psychic, Demian Allan.

Mr Allan joined the pair to try to predict some of the events that would happen during the Netherlands v Spain match. All evening, much like Scott during his afternoon show, he declared a big event would happen at 9.10pm – a ‘game changer’.

Twitter soon tried to guess what that event would be – whether it was related to Chris desperately needing the loo, or the fact that heavy rain and fog had descended on the pitch. It was to be more straight-forward than that.

Shortly before 9.10pm the game changing goal from the Netherlands’ Arjen Robben happened, completely changing the course of the game and sending Twitter wild. Mr Allan also successfully predicted a goal between the 80th and 90th minute.

Other than Chris perhaps giving a bit too much information about his bottom the alternative match commentary was considered a success. Scott’s orange friends from the Netherlands won, the hashtag #r1commentary trended worldwide throughout the evening, and even some more obscure phrases like #manupprincess trended in the UK.

The next event will be Tuesday evening’s Brazil v Mexico event where you will be able to press red on digital television or listen online in the UK to hear the coverage.

Alternatively watch Friday evening’s match on the iPlayer or listen to the audio on Unofficial Mills.

Jono is a social media manager working in the news industry. He created Unofficial Mills back in 2004 when he was just 15! Nearly fifteen years later he still contributes to the website.
Newer Post
World Cup Commentary Bingo
Older Post
Scott to present alternative World Cup commentary