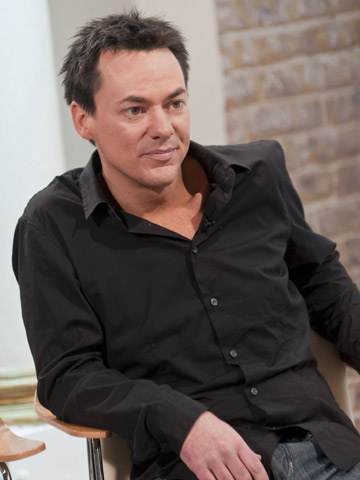 All of the greats win them.

In 2005 it was Chris Moyles that picked one up. Scott Mills picked one up in 2008 and Beccy won one last year.

So it was long overdue that Comedy Dave from The Chris Moyles Show should be credited with a Loaded LAFTA for his services to comedy.

Today was that day as he picked up the 2011 Loaded LAFTA for funniest radio sidekick.

Dave, who is currently appearing on Dancing On Ice, joined Jimmy Carr, Rich Hall, and Vic Reeves & Bob Mortimer as winners at the awards ceremony earlier.

No doubt we’ll hear about what he got up at the Cuckoo Club in Piccadilly during tomorrow’s show.

Jono is a social media manager working in the news industry. He created Unofficial Mills back in 2004 when he was just 15! Two decades later he still contributes to the website.
Newer Post
Radio 1 criticised for ticket website meltdown
Older Post
Foo Fighters and Lady Gaga to play Carlisle!