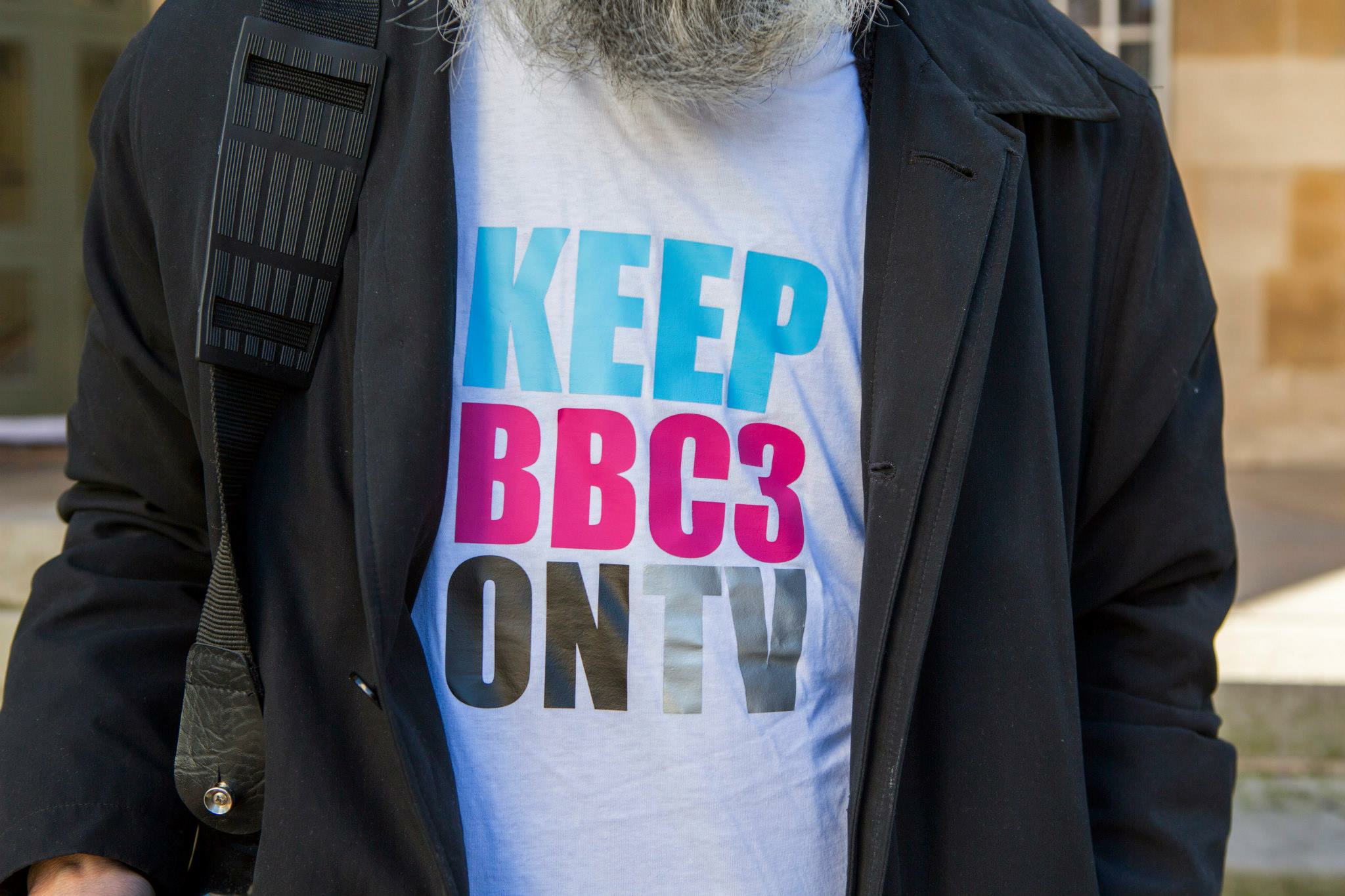 Why we’re fighting to Save BBC Three

The founder of Unofficial Mills, Jono Read, has spent the past year fighting to #saveBBC3 from closure on television. Why? Because BBC Three has been the one television channel from the BBC that speaks to the Radio 1 audience.

The proposals the Director General set out in March 2014 would take the channel off television and replace it with a scaled-back online service. Rather than seeing favourite programming and content that BBC Three viewers know and love it would be an entirely different service. A service that will see at least £30m worth of programming cuts.

Jono Read speaks to Newsbeat at the
#SaveBBC3 Rally.

Danny Cohen and Lord Hall propose an online service which, rather than having one-hour or thirty minute shows, would air short YouTube-style clips instead. It puts at risk the shows that the BBC already does brilliantly, and leaves an unknown future for BBC Three when it moves off our screens and online.

We love BBC Three. It’s the one channel that has dared to be different compared to BBC1, 2 and 4. Upstaged wasn’t the best show in the world, but it gave Scott Mills a platform for trying new TV concepts. His documentary – ‘The World’s Worst Place to be Gay’ – is still talked about today and highlighted the shocking homophobic views in Uganda. Tina Dahely has had a chance to try some television presenting through BBC’s Free Speech – giving young people a voice in politics – which no other competitor does. We had the pairing of Greg James with Russell Kane for some great television content, and who could forget Radio 1 on BBC Three? Long before live web streaming on the internet we were given an insight into Scott’s show late night on television. With budget cuts we won’t see BBC Three taking as many risks.

What’s more if BBC Three goes off-air so does the live coverage of the festivals we all love to watch. Can you imagine BBC1, 2 or 4 filling the void for live coverage of the Big Weekend, Glastonbury, or Reading and Leeds? They won’t be able to devote 7pm until 12am to coverage presented by the likes of Zane Lowe, Greg James, or Alice Levine. Red button services are also limited particularly during the big sporting events season. This will mean coverage relegated online – I can’t be the only one who prefers to watch in front of a TV rather than a tablet or laptop?

And the move online, for now, makes it less accessible. Tony Hall, the Director General of the BBC, admits he would rather do this in a few years time not now. The BBC itself admits there will be a drop in viewing for BBC Three. That’s because if you live in a rural area, or even in some urban areas, internet coverage is poor. Not everyone has access to a fixed-line broadband service, not everyone can watch the iPlayer. 3G and 4G for these areas are a distant dream too.

It’s no wonder the BBC says there is ‘little appetite’ for these proposals. It’s no wonder why 273,000 have already said they want to #saveBBC3. Find out more on the campaign website at www.savebbc3.com

Jono is a social media manager working in the news industry. He created Unofficial Mills back in 2004 when he was just 15! Two decades later he still contributes to the website.
Newer Post
Scott Mills to appear on Radio 4 show
Older Post
Zane Lowe quits Radio 1 for Apple