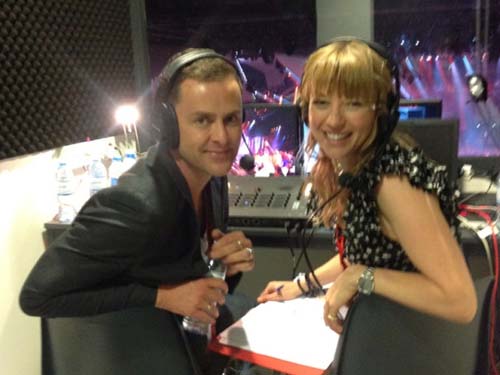 It’s that time of year again. Prepare yourselves for ‘nil point’, Eurovision is BACK!

It’s that time of year again. Prepare yourselves for ‘nil point’, Eurovision is BACK!

Taking place next week, Scott is jetting off to Malmö, Sweden to cover the two semi-finals. We all know how Scott loves a semi, giggle. Joining Scott this year is female lead of the Scissor Sister’s Ana Matronic, who is making her Eurovision debut. Like previous years, Scott will announce the UK vote live on the 58th Eurovision Final, which he says is ‘always terrifying’.

The British public have been long ‘holding out for a hero’ (see what I did there?) with this year’s entry being Welsh singing legend, Bonnie Tyler representing the UK. Well, we can all hope.

You can catch Scott and Ana on BBC Three on Tuesday 14th May and Thursday 16th May, with coverage starting at 8pm.

Charlotte is a student from Leeds with an interest in the media, music, and all things BBC Radio 1. She joined the Unofficial Mills team of contributors in May 2013.
Newer Post
Help Scott win a Sony Radio Award!
Older Post
Big Weekend 2013 line-up announced