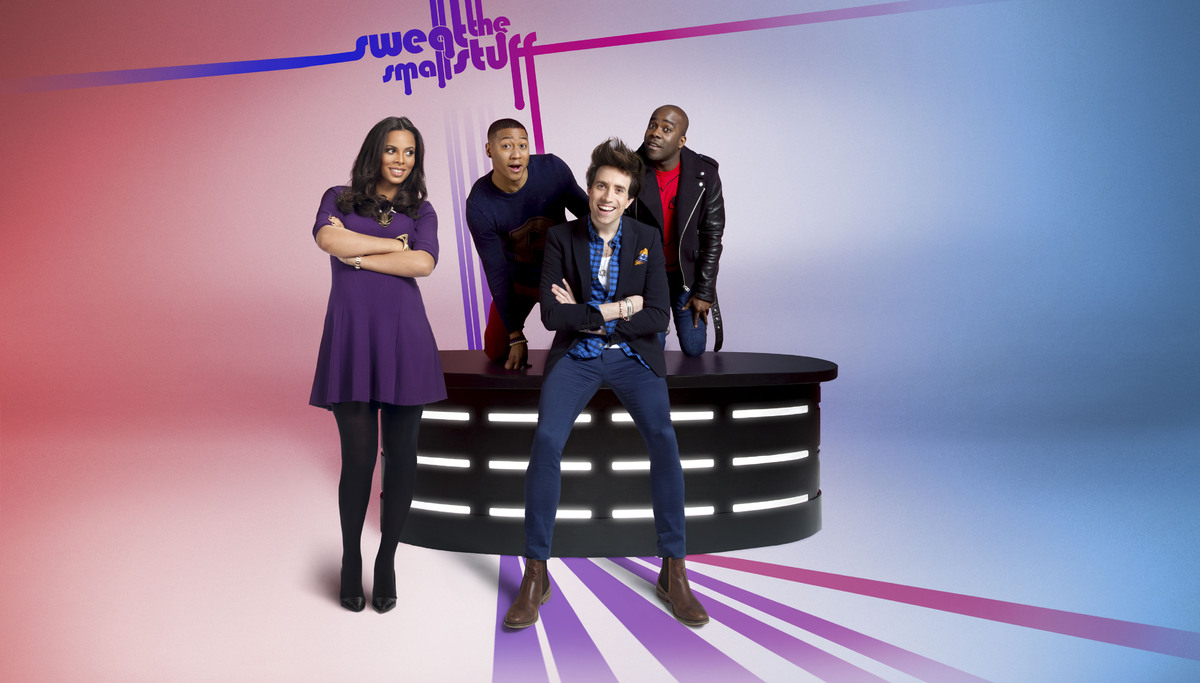 If being mates with Harry Styles and hosting the Radio One breakfast show wasn't enough, Grimmy now has his own TV show.

Nick ‘Grimmy’ Grimshaw’s new show aired last night on BBC Three. If being mates with Harry Styles and hosting the Radio One breakfast show wasn’t enough, Grimmy now has his own TV show. Hooray. The formula of ‘Sweat The Small Stuff’ is one we’ve seen time and time before; banter between well-known faces (and Rickie and Melvin off of Kiss FM). Just what prime-time weekday viewing needs, right?

‘Sweat The Small Stuff’ comprises of Grimmy, besides regular hosts Rochelle off of The Saturdays and KISS FM duo Rickie Haywood Williams and Melvin Odoom, discussing the more trivial things in life that wind us up such as celebrity fanbases conjoining up names (Directioners and Beliebers being examples) or whether it’s ever OK to accept your Mum on Facebook to see *those pics*. Worrying stuff, I’m sure you’ll agree. The first show included everybody’s favourite blonde and Fearne Cotton’s BFF Holly Willoughby, who is a regular on the similar formatted Celebrity Juice. Also appearing was Fatboy off of EastEnders, actor Ricky Norwood and ‘comedian’ Joe Lycett joining in the frivolities. Humourous tasks, VT’s and hilarious quips are obligatory for any panel show and ‘Sweat The Small Stuff’ doesn’t leave viewers without. And banter of course. Lots and lots of banter. As with many other TV shows joining in with the age of Twitter, Grimmy’s show has its own hashtag so viewers can join in with the fun; ‘#sweatingit’. #howoriginal…

The eight-part series which airs at 10pm every Tuesday will feature guests that will read like Grimmy’s celeb filled phone book. As a favourite among Radio One listeners, we’re sure Grimmy’s new show won’t make us sweat at all. Unless Rochelle goes into labour.

Charlotte is a student from Leeds with an interest in the media, music, and all things BBC Radio 1. She joined the Unofficial Mills team of contributors in May 2013.
Newer Post
Big Weekend 2013 line-up announced
Older Post
Jameela Jamil to dress as a chicken for a whole month